Have you ever wished you could attend a live award show?

If so, mark your calendar for the second annual Hey Sioux Falls event on November 7.

Hey Sioux Falls began in 2018 as an award show and celebration focused on the local startup and entrepreneurship community.

The show was the brainchild of John Meyer, who had attended and heard about similar events in the region, including Silicon Prairie News’ version, the Silicon Prairie Awards. 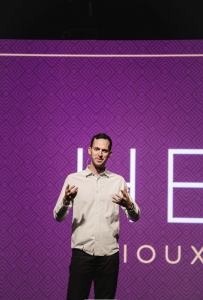 “It was just like a big celebration for the startup community, and so I’d been sitting on this idea of a big startup party,” Meyer said.

When Meyer was asked to head up the Sioux Falls Chamber of Commerce’s small business committee, the idea became a reality.

The hope, he says, was to shine a light on the bubbling startup community, particularly in the eyes of more traditional or mainstream businesses. Partnering with the chamber provided that connection.

The awards given are meant to acknowledge entrepreneurial excellence in all forms. View a list of the 2018 winners here.

This year, awards will be presented to six local entrepreneurs who have excelled in the following categories:

Winners receive a bronze flashlight, in the spirit of shining a spotlight on the selected businesses.

But Meyer says it’s about more than just recognition. He hopes the awards will spur entrepreneurs to keep pushing the envelope and making waves in the community.

“We want to shine a light on them, and say ‘Great job!’, but we’re also holding them accountable to what they’re doing,” Meyer said. “We need those startup champions. We need investors.”

This year, Meyer says attendees can expect an evening of celebration and the opportunity to meet someone new.

“There’s a feeling of pride in being part of this burgeoning community,”Meyer said. “There’s amazing talent here, and people who want to work hard.” 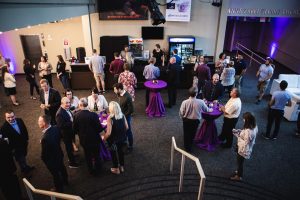 The event isn’t black-tie or a red carpet-style affair, but Meyer says people can expect a wow factor. Last year, for instance, entertainment was provided by a juggler. Cocktails and heavy appetizers will be served, and there will be time set aside for mingling before the show begins.

Hey Sioux Falls will be held at the Orpheum Theater Center in downtown Sioux Falls. Doors will open at 5:30 p.m. for networking, and the show will start at 7:00 p.m.

“If you were there last year, it’ll be even better,” Meyer said. “If you haven’t been, come show up. The cool thing about the entrepreneur circle is that all are welcome.”