The state’s first fintech accelerator will kick off its inaugural 10-week program in March 2020, welcoming a cohort of five early-stage businesses to Sioux Falls. 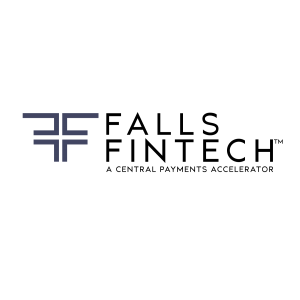 According to Falls Fintech’s co-founder and managing director, Nikkee Rhody, most fintech companies require a bank sponsor or money service business to administer their services. Central Payments acts as that sponsor for payment products or activities, both card-based and app-based.

Why a fintech accelerator?

Fintech, short for financial technology, is a rapidly growing industry, particularly in the startup space. According to Falls Fintech, there were nearly 5,880 unique fintech companies in the United States as of February 2019, with a global industry of $111 trillion dollars.

For Central Payments, the idea of forming its own fintech accelerator came about through strategic planning.

“In 2019, we started asking ourselves those hard questions of ‘Who are we?’, ‘What are our strengths?’, ‘What opportunities do we have?’, and ‘What assets can we leverage?’” Rhody said.

Central Payments concluded that fintech was a natural clientele, with 10 of their current clients representing the industry.

“Central Payments is very nimble. We’re small, we’re adaptable, we move quickly, and those are strong features that are needed for serving fintechs,” Rhody said.

Looking into a fintech accelerator program was a clear next step, and in May 2019, Central Payments hired two interns to conduct market research on over 30 accelerators across the country.

By the end of August, the Central Payments team was convinced, and they received approval from their board to begin drafting a business plan. Rhody transitioned from her former role as the vice president of product development for Central Payments to that of managing director for Falls Fintech, and planning began.

“We like to help people succeed, and what better way than to identify some companies that need to get over that last hurdle and help them get to market?” Rhody said.

Fintech accelerators provide strategic guidance and connections for entrepreneurs, through intensive, short-term programming. It’s an opportunity to propel a business forward with tools and networking opportunities it wouldn’t have access to otherwise.

“They’re often younger entrepreneurs who know their means to distribution, their app and their user experience really well, but they need a well-versed and experienced bank that can help with regulatory challenges and offer connections to the right players in the ecosystem,” Rhody said.

With dozens of fintech accelerators across the country and none in South Dakota, Falls Fintech felt that basing its program in Sioux Falls—a hub for banking and payments—was a no-brainer.

They also see it as a potential tool for local economic development. According to Rhody, other accelerators have seen their companies relocate to the cities where they were incubated.

“With a strong banking and payments industry, a supportive startup community, engagement with local universities, tax advantages, and 5G right around the corner, Sioux Falls could be the right fit for some of these companies,” Rhody said.

How is Falls Fintech structured?

Falls Fintech will operate two 10-week accelerator programs each year, beginning in 2020. The first cohort of five companies will begin the onsite program in March, and the second cohort will run from August through October.

Companies are invited to apply from across the country and even internationally, and selected applicants will relocate to Sioux Falls for the duration of the program.

For Central Payments, it could prove to be a successful business development pipeline.

As part of the program, each participant will receive a cash infusion of $30,000, for which Falls Fintech will take a small piece of equity in the company, thus becoming its bank sponsor. This is a unique opportunity for these companies, as most applicants for bank sponsorship are required to meet certain minimums and pay implementation fees.

“These are companies who would likely be denied sponsorship if they just came to us cold because there are minimums they couldn’t meet at that point,” Rhody said.

By the end of the accelerator, however, Falls Fintech will have invested both time and money into the companies, grooming and preparing them for the next step in their business’ life cycle.

The 10-week program will be split between classroom time featuring experts on subjects like data security, regulations, leadership, marketing, and venture capital, and communal working time where participants will have the opportunity to collaborate with one another, as well as like-minded, experienced entrepreneurs.

Additionally, participants will be flown to either New York City or Silicon Valley for an opportunity to meet with venture capitalists. The trip is funded by Mastercard, one of Falls Fintech’s founding sponsors.

“We think at that point we’ll have poured a lot into them, and the only thing that would make them not a good client would be a lack of engagement on their part,” Rhody said. “We’re trying to make the best selections up front so that doesn’t happen, and we’re providing real substance, real connections, and real opportunity for these companies.”

Ideal applicants are early-stage fintech companies in need of a bank partnership, with no more than 2 million dollars in external funding.

“They should be at that last mile, that last hurdle they’re trying to overcome,” Rhody said. “It’s not your idea on a bar napkin—we’re looking for companies that likely have a minimum viable product but just haven’t broken through yet.”

Preferred verticals include digital banking, early-wage access, debt reduction, disbursements, and lending. Falls Fintech is particularly interested in concepts that heal pain points in the American economy, specifically those that assist more vulnerable consumers or those with modest means.

Applications are open and will be accepted on a rolling basis—if the first cohort has already filled, applicants may be accepted to the second, and so on.

Email [email protected] with any questions or for more information.