Ten years ago, a group of civic entrepreneurs set out to create an early-stage venture capital firm with a focus on commercializing research. Today, they have built an experienced firm with a track record of transforming ideas into successful industrial complexes.

The idea for the firm came from former South Dakota State University president, David Chicoine, who had noticed a lack of tech transfer capability from the area’s universities. He gathered a group of local entrepreneurs and innovators—Gene McGowan, Van Fishback, Al Kurtenbach, and Roger Musick—and got to work.

The group quickly recruited Mark Luecke, a South Dakota native who was living out of state at the time. Luecke wrote up a business plan, and South Dakota Innovation Partners (SDIP) was formed. 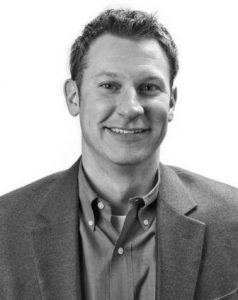 Their first objective was to raise a small fund, South Dakota Innovation Partners I, which totaled $6 million. It was enough to get a small group of companies off the ground.

“We looked at a lot of university technologies, not just from South Dakota but around the country, and where we ended up seeing the biggest gap was agriculture,” Luecke said.

According to Luecke, agricultural technologies coming out of land grant universities were not making it to the marketplace. SDIP focused its efforts on those technologies and ended up reviewing around 2,000 invention disclosure forms before making selections.

“We settled on a very small group of companies, and we were very fortunate to be working with good professors, all of whom reside here in South Dakota,” he said.

Today, SDIP is actively involved in three of the initial companies, Prairie Aquatech, Medgene Labs, and Novita Nutrition. These companies have seen great success and attracted a collective $2 million in follow-on capital from SDIP’s investor base.

“It takes a village to raise that capital, and we’ve been very fortunate to have the partners we’ve had,” Luecke said. “It’s very hard for a person, whether an entrepreneur or an investor, to go at it alone. You don’t have all the experience required so you need to surround yourself with like-minded people who offer different experience.”

Capital is a primary need for early-stage companies, which typically start out as no more than an idea on paper. However, another common gap for these companies is management experience. To help fill that need, SDIP offers a wealth of experience between its partners and staff, whose backgrounds range from finance to biomedical engineering.

Whether it relates to protecting their intellectual property, developing a minimum viable product, finding alternative sources of funding, writing grants, or navigating regulatory environments, SDIP is able to support its portfolio companies in a variety of areas.

Though their offerings vary from company to company, SDIP’s industry focus is firm.

By emphasizing agriculture, nutrition, and the environment, SDIP differentiates itself from other firms that take a broader approach to their portfolios. Years of experience scaling agriculture technology companies is something not found at every venture capital firm.

“One of the things that sets us apart is the experience we’ve gained over the last 10 years in all the pilot scale-up and de-risking processes you have to go through to get to the industrial scale,” Luecke said.

Though SDIP dedicates most of its time to its three portfolio companies, Luecke says they’re always open to looking at complementary technologies and businesses.

“We’ve been hesitant to raise a second fund given the amount of time and attention we’re putting into these businesses to make sure they’re successful, but one of the best ways to grow your existing business is to be open to new ideas outside your company,” Luecke said.

How to pitch your business to South Dakota Innovation Partners

If you feel your business or idea may be a good fit for the team at SDIP, the best place to start is with an executive summary.

“If someone has an idea, they should be willing to narrow it down to one page,” Luecke said. “If they can do that as a first step, it’s a good way to get our attention.”

“We always start with the people,” Luecke said. “There are a lot of ideas out there, but what it really takes is a person or team of people that can execute on the idea and be flexible to pivots if things don’t go as expected.”

Beyond a stable team, it’s important for businesses to have a solid understanding of what their marketplace looks like, as well as where their technology is today, where it has to go in order to reach a minimum viable product, and who’s willing to pay money for that product. Additionally, SDIP’s in-house patent counsel assists their team when it comes to reviewing intellectual property.

For early-stage businesses in the agriculture, nutrition, or environmental space, SDIP offers a local opportunity for partnership and investment. While their focus was never limited to Sioux Falls, or even the state as a whole, Luecke emphasizes the benefits of doing business in South Dakota.

“South Dakota is a great place to start a business, mostly due to the entrepreneurial ecosystem that’s here,” he said. “If you look at the local economic development organizations and everything that’s been set up to help entrepreneurs, it is truly a unique environment that South Dakota has created. We’ve been the beneficiaries of that so we’re very grateful and fortunate to be here.