Founded by Paul Schock and Chad Hatch, Bird Dog Equity Partners is a later-stage private equity firm with a focus on the hospitality industry. 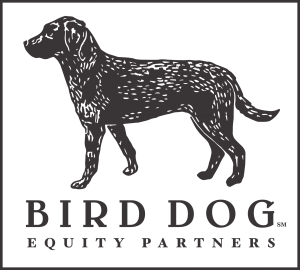 While the firm has enjoyed a variety of successful investments since its founding in 2010, it’s an enduring mantra of “People First, Business Second,” that makes Bird Dog truly stand out in the world of private equity.

Where it all began

Before founding Bird Dog, Schock and Hatch experienced successes and challenges throughout their careers, along a trajectory that would ultimately bring them together.

Schock’s history includes experience in commercial banking, executive leadership, and building his own investment firm, Schock Financial Services. In 1996, the firm transitioned to a model of investing from a larger pool of money rather than funding each venture individually. Rebranded as Bluestem Capital, it was the first fund of its kind in the region and achieved great success for its investors. 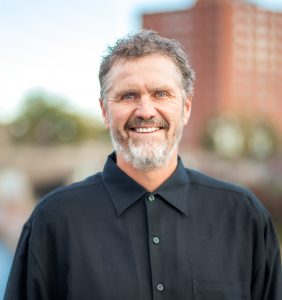 Hatch, on the other hand, went to school for accounting but spent his first four years post-graduation in the military, where he learned quite a bit about business and leadership.

“It’s probably the best experience I’ve had,” he said. “I was in charge of 16 men and $8 million of equipment, and that kind of accountability and leadership that you learn from trial by fire, you don’t normally get until you’re in your mid-30s or 40s in the civilian world.”

After his service, Hatch returned to accounting where he eventually ended up at RSM McGladrey as a public accountant. It was there that he was assigned as the auditor for Bluestem.

Schock approached Hatch after the audit, encouraging him to join Bluestem, which he did as an analyst in 2001. This would be the first time the two would work together, until Schock left the firm to spend time with his family upon the passing of his wife in 2003.

The two met again during the merger of VeraSun Energy and US Bio Energy, Schock and Hatch’s respective employers at the time. Schock later left VeraSun to build a destination golf resort in the Nebraska Sandhills, The Prairie Club, and a few years later, they had the opportunity to work together once again. 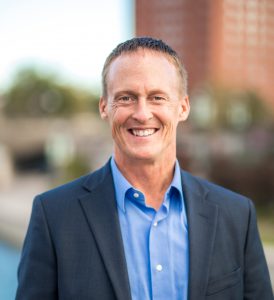 Schock brought Hatch in on the operations side at The Prairie Club to get things running smoothly. They’ve been working together ever since—it being Hatch’s idea to start a new private equity firm back in 2010.

Currently on its seventh fund, Bird Dog is proud to operate with a team of twelve people out of Sioux Falls, with Hatch as CEO and managing partner. Schock describes his role as head of strategy or visionary partner, and his son, Kyle, also joined the team in 2018 to lead the hotel management business.

Bird Dog’s focus is on providing valuable returns for its investors at moderate risk, and while it’s not raising funds or seeking investment opportunities at the present time, the firm operates on that “people first” mentality.

“We’ve always had a philosophy that anyone who comes into our door, we try to help in some way,” Schock said. “We have a very strong network of investors and friends because of that.”

“Whether it has to do with banking, just talking through their deal, or investing ourselves, this is something that gives people so much respect for Paul,” he said. “He’s always had time for anyone that walks through the door dealing with a major decision in their life. It’s just one of those things that creates relationships.”

Bird Dog’s portfolio contains a variety of private equity and hospitality investments, and Schock says the firm has intentionally focused on hospitality businesses over the last four years.

“We feel there are some strong opportunities in that market,” he said.

Currently, the firm has around $40 million of investor capital under management with $24 million allocated to hotels.

Prior to the focus on hospitality, Bird Dog operated on a more traditional private equity model where it would make minority investments and take a board seat. Now, it has flipped to a vertical integration model of 100 percent ownership and control.

As far as investment criteria go, the team at Bird Dog is still open to looking at hotel-related opportunities, which they prefer to keep within 500 miles—or roughly a day’s drive—of Sioux Falls.

“Whenever we evaluate anything, we start with the people,” Schock said. “Do they share our values, our integrity, our work ethic? Have they been successful in the past? Then we’ll look at the basics of the business.”

Schock emphasizes that while the firm isn’t actively seeking investments, if the right person comes along, they’re willing to develop a relationship.

“We’re entrepreneurs, and we love connecting with other entrepreneurs because we’ve been where they are,” Schock said. “A week doesn’t go by that we don’t have a meaningful conversation with some entrepreneur. If we help someone today, they may help us tomorrow. Nothing but good can happen from helping people.”